Early beginnings of "just us at work" 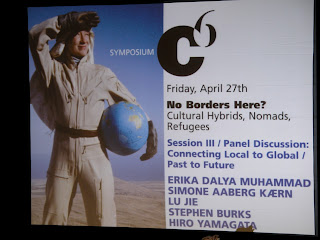 Deborah Doering's connection, and DOE Projekts' connection to the KAP artists began in 2006.

Doering remembers: "I saw the Keiskamma Art Project's work in Chicago and was very moved, impressed and challenged by KAP's reinterpretation of Grünewald's Isenheim Altarpiece, (15th century, Germany/France). I wondered why a group of rural South African artists were making art with these particular forms and concepts?"
"After seeing other examples of KAP's works on the web, I emailed them and asked if they might consider a collaboration. The answer was yes — plan to come and visit us in Hamburg, SA."


That visit was made possible almost four years later through the help of Doering's Chicago patron and travel companion, V. G. Carreon.
Doering states: "During my visit, the KAP artists and I worked on two small tapestries and a series of painting-prints called 'Night Sky Constellation.'  We now have the opportunity to collaborate again in Kassel, Germany during the Summer of 2012. The Amtsgericht, the Offices of Justice, have extended an invitation for DOE + KAP to create an "art action."  This daily installation/performance will be called "just us at work."
Two KAP artists, plus Doering, and others from DOE Projekts, will work each day, Monday through Friday, 10 am - 1pm and 2pm to 5pm, June - September, in the entrance hall of the Amtsgericht. The group's focus will be "handwork"  — needlepoint, stencil cutting, drawing, writing.
The public is invited to visited us during "just us at work." 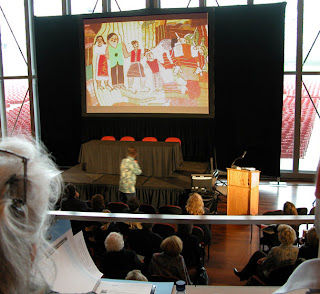 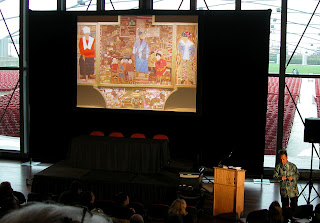 Photos above: International director and cultural activist Peter Sellars gave the keynote address at C6 at Art Chicago, a symposium about global art with a wide variety of concepts including, but not limited to, ecology and social justice. He spoke about the work of the Keiskamma Art Project (KAP), work that Deborah Doering had already been drawn to, after seeing it first hand in Chicago.

Posted by DOEprojekts at 3:41 PM