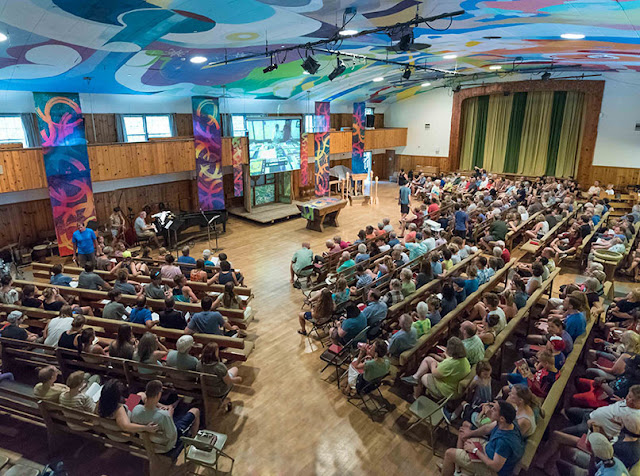 We, Deborah and Glenn Doering, DOEprojekts, participated in two intentional artist communities in July/August 2017.  The first, the Grünewald Guild in Plain, WA, is an artist community we have been involved in since the 1990s. (See our blog post of Sept 2, 2017.) The second is Holden Village in Chelan, Washington State. (Photos by Jim M. Wilkerson and Deborah/Glenn Doering) 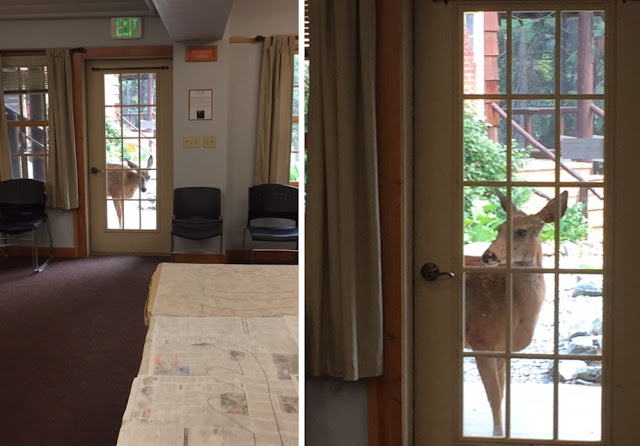 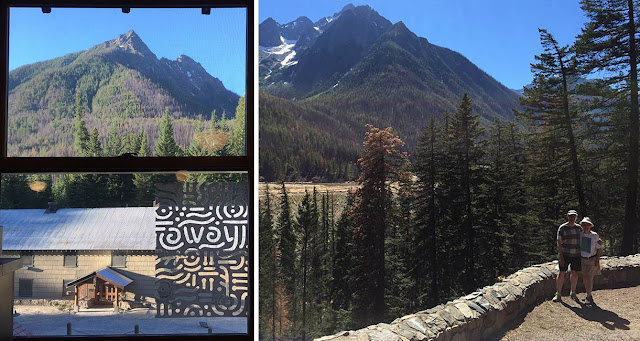 Holden Village is in some ways, the "older sibling" of the Grünewald Guild. Through the Guild, we have met many people from Holden Village, but this was our first opportunity to participate. Holden is quite remote, with little access to internet or cell phone service — access is by boat (and then a short, steep, 9-switch-back bus ride) or by hiking over the mountains. Deer and other wildlife are abundant. 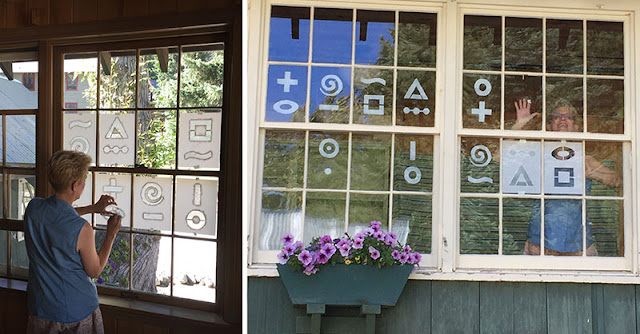 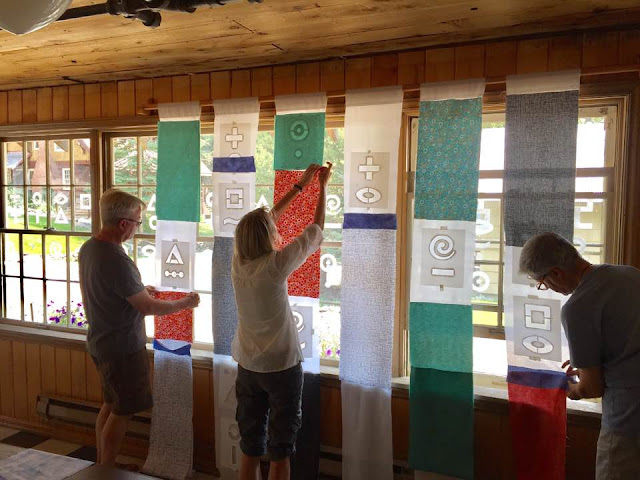 Artist-directors Peg Carlson-Hoffman and Chuck Hoffman, invited us — as DOEprojekts — to be Artists in Residence from July 23 to Aug 12, 2017, creating "artifacts" and "experiences" that engage all levels and ages at Holden Village. 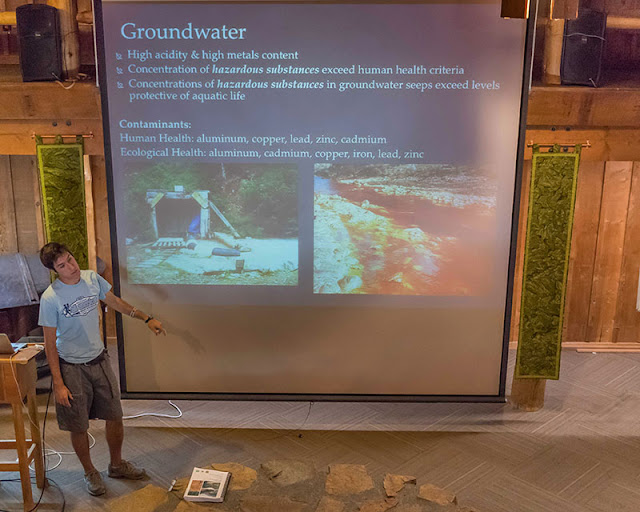 Holden Village's mission includes themes such as Hospitality, Diversity, Ecology, Gifts/Imagination, Study, Rest, Place, Theology -- and Hilarity! Despite the heaviness and seriousness of the state of our world, at times it is best to take a break and, well, laugh! 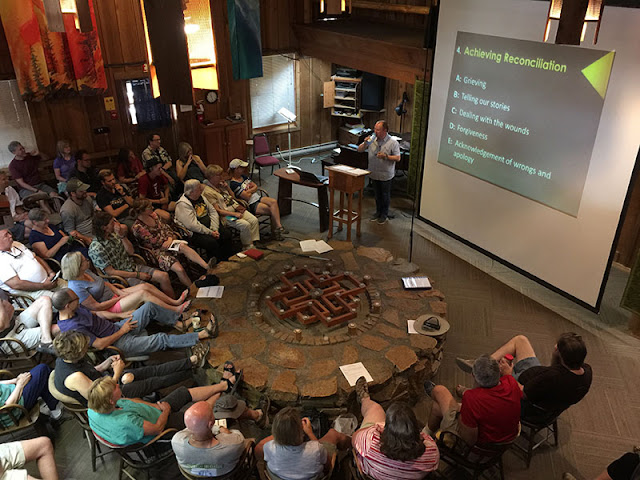 Our experience at Holden was that of a very open and welcoming environment. The village is affiliated with the Evangelical Lutheran Church of America (ELCA). Yet, we met people of a variety of spiritual traditions, as well as people of "no faith." An active LGBTQ+ community is present. There was a diversity of races and cultures in the village, and the community will continue to grow in diversity in the future. Many of the study groups and lecture sessions concerned current racial tensions in the USA, "white privilege," and paths to greater equity between the "haves" and the "have nots."  Village staff members facilitated the discussion of difficult and controversial cultural topics.

Our DOEprojekts' artistic work prior to coming to Holden Village included designing a "Coreforms Quilt." We designed the quilt with 4 letters that can be rearranged to convey cultural concerns: C-A-R-E,  R-A-C-E, and A-C-R-E (land, ecology). In addition to the letters, the quilt design features our DOEprojekts' "Hybr" and "Hybrdeux" forms, often visually associated with "winged seeds" and "musical notes" — but these images are open to many interpretations, as are the Coreforms. 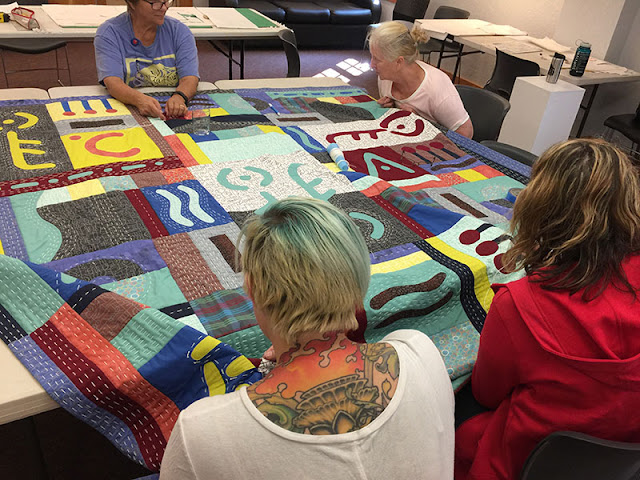 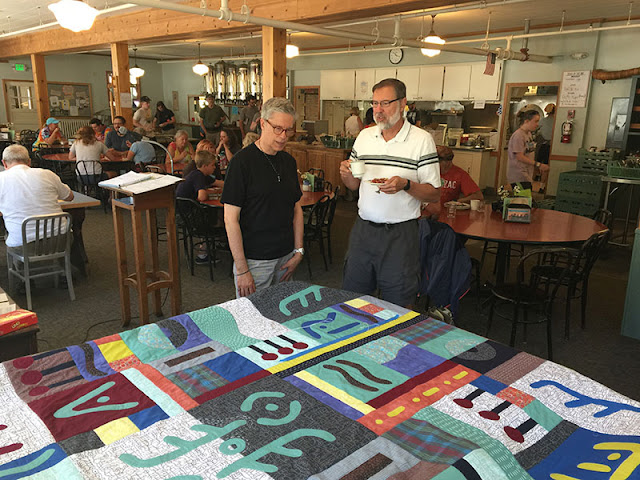 Our Coreforms (zero, one, hyphen, tilde, period) are also featured prominently in the design of custom printed fabric and and appliqué. Holden community member Trudy Arnold, an experienced artist and quilt maker, collaborated on the design and production. Trudy directed the community participation which included countless hours of hand-stitching during the time that she and we were Artists in Residence. 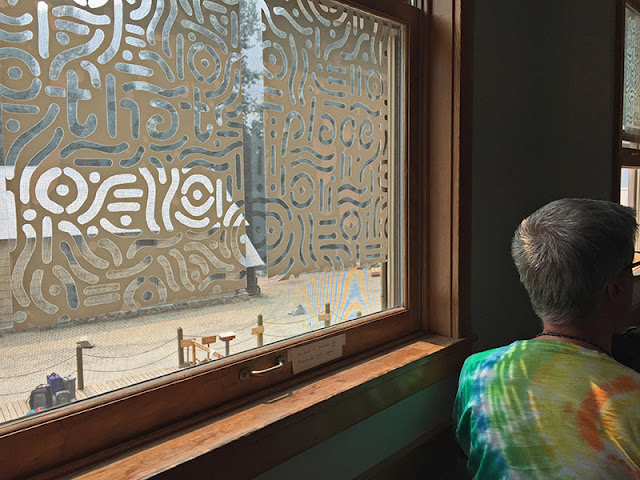 In addition to working on the hand-stitching with Trudy and others, DOEprojekts installed their "Migrations" stencils in the dining hall. These Coreform stencils had been a part of the "Migrations" installation at the Sheen Center in NYC (see our blog posts earlier this year). The stencils prompted many conversations about our socially-engaged art, and the cultural keyword "migrations." 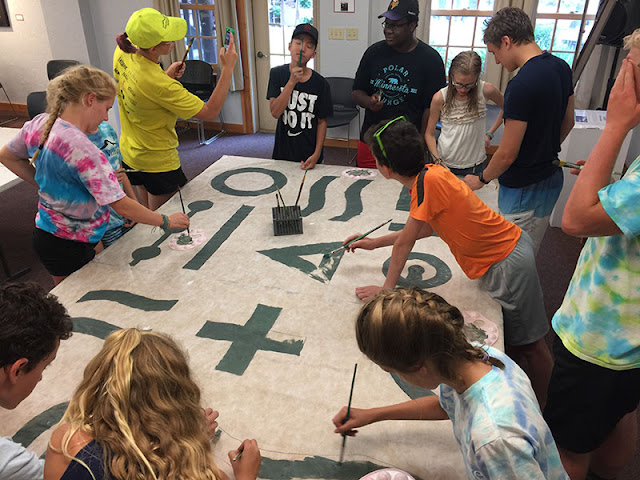 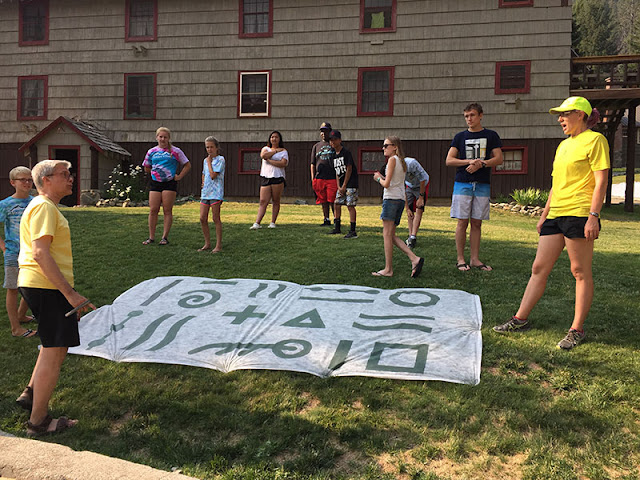 DOEprojekts also worked with Holden Village teenagers to create a "land art" installation using Coreforms and other archetypal forms that Peg and Chuck use in their art workshops. These forms include the circle, square, triangle, equilateral cross, and spiral. 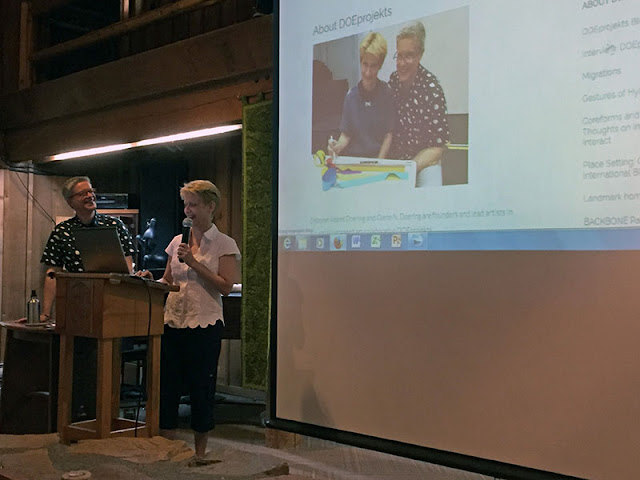 DOEprojekts presented their work in various study sessions during their time at Holden -- and we were also assigned to the "Dish Team" once each week! 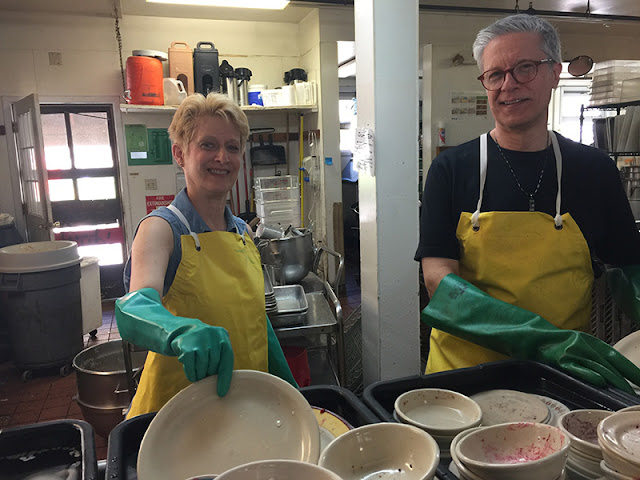 Holden has a long tradition of community and social engagement, reaching back to the "culture wars" of the 1960s and 70s. Ecological care for the village, a former copper mining town, continues through the present, with many systems in place, including an ongoing "remediation" of the land. 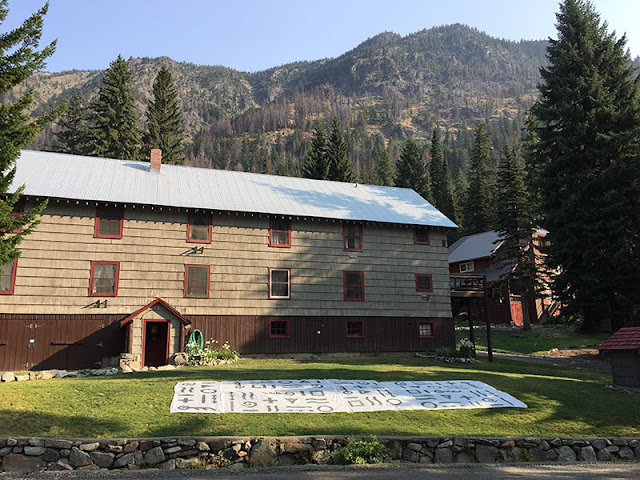 If you would like to explore visiting Holden Village, begin by reading their website: www.HoldenVillage.org.  We would be very happy to tell you more about the positive experiences we had as Artists in Residence at Holden! Contact us at DOEprojekts@gmail.com.

While we were working in intentional communities in the Pacific Northwest USA, there were two artists working in our micro "live-work space" apartment in Midtown Manhattan. This was our first "Manhattan Micro Apartment Artist Residency" and each artist that we selected lived and worked in our apartment for 30 days.

First, we were happy to host multimedia artist and Professor of Art at the University of Louisville, Ying Kit Chan. Professor Chan's work may be seen on his website, www.YingKitChan.com 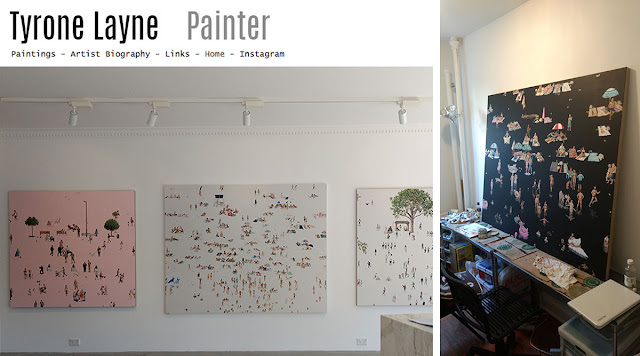 Second, we were pleased to host Tyrone Layne, international painter currently based in New Zealand. Tyrone sent us a photo of the painting he worked on in our apartment. More of his work may be seen at www.TyroneLayne.com

The end of the summer of 2017 draws near. We have now returned to NYC. We are more committed than ever to creating "intentional community" wherever we find ourselves. We will endeavor to use what we have learned in these intentional communities to contribute to a more just, open, accepting, and creative society.

Posted by DOEprojekts at 8:18 AM